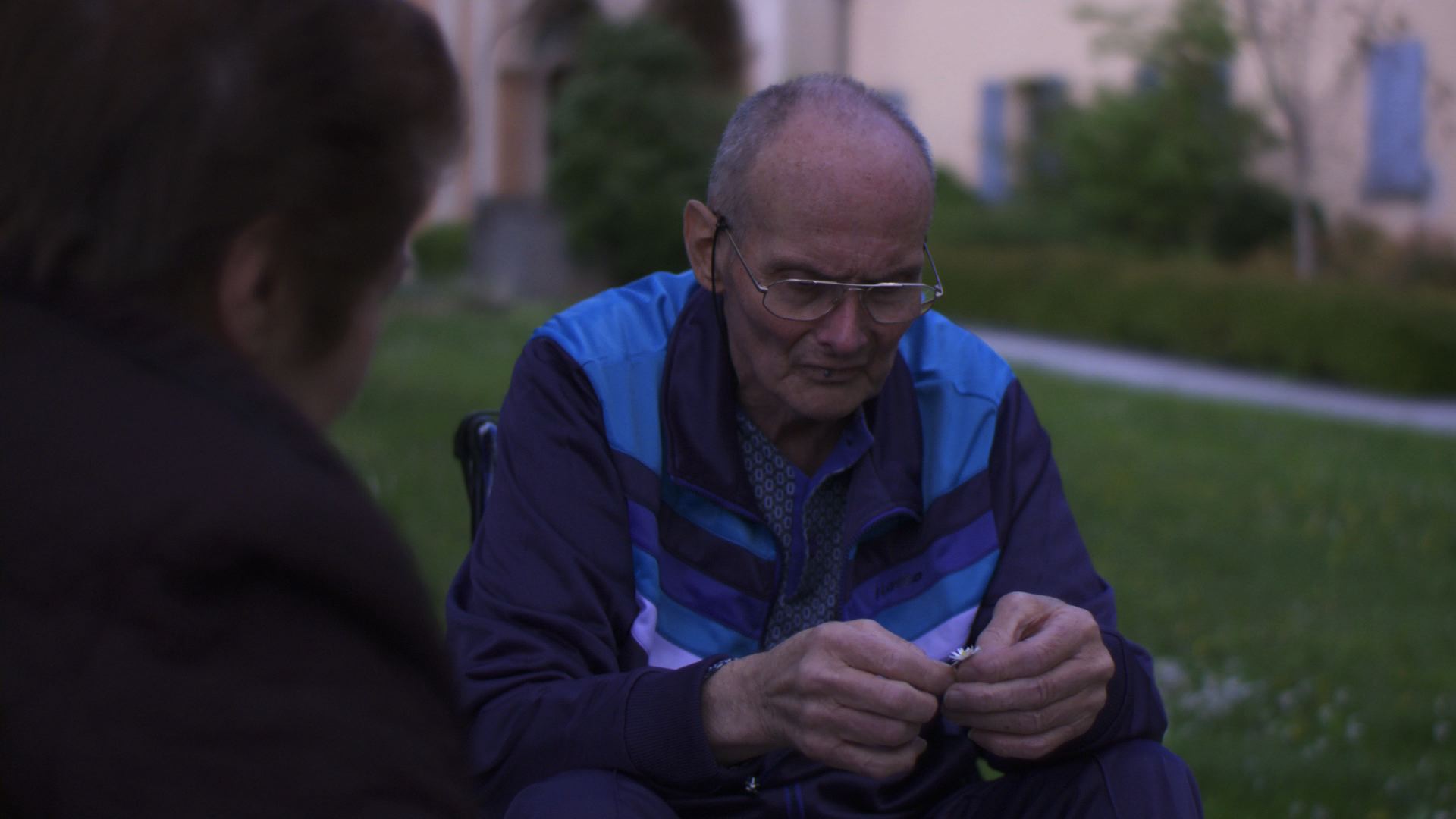 It was an afternoon of a terrible day in Spoleto. It was raining cats and dogs.

There were four screenings in two days. At the end of one of the screenings, a Council member called me beside her. We spent an interminable time and then, she opened her mouth and started to cry. She laughed and cried. It looked more like a liberating cry than real pain.

Therefore, I took the microphone in my hands and I began to tell the story of my movie and to answer questions. I was staring at a small lady sitting in the front row, petite and elegant, with grey hair; who never said a word, but she had a reassuring look. I also saw her to the next three following screenings.

Before leaving, a man stopped me and said: “Thanks for making me fall in love again with my work, because it’s been too long I haven’t believed anymore.” It was a male nurse of a local hospice.

Not everyone sees the same things in this movie.

Gianluca, the fourth year of a professional school told me: “I liked the daily routine of the movie. Meris, Mario, Carla and Ivano are normal people doing normal things. I liked that, in the film, no one had the duty to be perfect or heroic. Just normal people with the little things of everyday”.

A friend of mine, concrete man and gardener, after a screening told me: “At the end of the film several comments had focused on the issue of pain and how to represent it. I, however, was struck by the two love stories, a total love, without compromises.

What I feel now is a bit of envy for those who can say were loved so hard in their own lives”.

A young man, who watched the film in Florence, writes: “Your movie has instilled in me very strong emotions I bought inside for days. A mixture of deep pain accompanied by a surprising beauty. Your film is about loss, although I found in it a desperate vitality, really beautiful. Watching your movie made me remember what I like most about cinema, that tiny chance to slow down time, creating memory of things we think are important, the possibility to challenge whatever we want, even death.”

However, a girl, I did not know, wrote to me about his fiancée, how, after the movie, she found him out of the cinema, alone crying, his face ‘sink’ into his hands.

She was happy, because finally she saw him externalize his emotions and thanked me, as if she had accidentally discovered a double bottom in that person who already loved so much. I often think about that message.

From the beginning I knew the film would have triggered memories, raise awareness of the past and I knew I had to be cautious and always leave a ray of sunlight to which each person could cling to.

Anyway, what is the effect of the film on me? I do not know. Every time it is a different experience. Maybe this movie is “taking care of me”. Caring for someone leaves scars and questions. And if the person is no longer here, the answers must be sought elsewhere.

There are moments in the film where my heart stops and I feel overwhelmed by a strong sense of beauty. That young director is right, cinema slows down time and creates the memory of the most important things. Watching the movie together with other people, even if unknown people, in the darkness of the room, with sounds that shake bowels never leaves me indifferent, and every time I seem to be back to what is now gone.